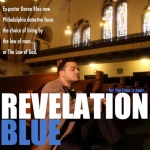 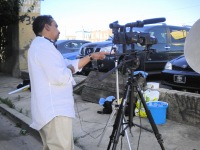 Producer
0
Send Inquiry I am a Fan

Tony Lankford was born and raised in Philadelphia Pa where he had the passion for graphic design, theater and visual arts. Upon attending school for these three, he later developed the interest in TV and film.

Having a desire to create interesting and creative moving visual images, Tony emerged as one of the most sought after directors in the Philadelphia region with the creation of several local TV commercial spots and PSA’s.

Having created interesting TV spots for the Philadelphia market, Tony is currently ‘a working director’ applying his talents to independent films and TV series’ such as ‘Revelation Blue’, ‘The Actors Lounge’, ‘The Real Praise Ministries’, ‘Onyx’ and ‘Tony Lankford’s Downtown’. He currently lives and works in Philadelphia with his wife, Nanette.

Nanette Lankford was born and raised in Philadelphia PA. where she developed an interest in floral design, home decorating, and theology. While developing and nurturing her skills in management, Nanette realized her interest in television.

Recently Nanette has focused her skills on the Award-Winning independent TV series. ‘Revelation Blue’. Nanette continues to produce and host on TV in Philadelphia where she currently lives with TV director husband, Tony.