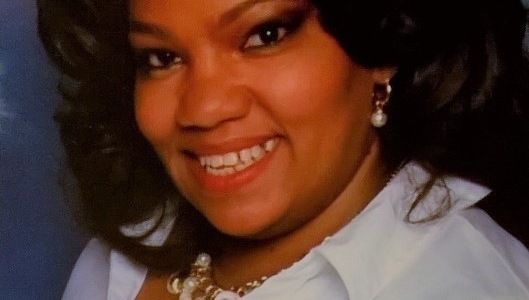 Having recently received a congratulatory letter of welcome from Karen Jewett, Vice President of Government and Community Affairs at Columbia University, Harlem resident and classical actress Debra Ann Byrd, has become a four-time fellow, scholar and artist-in-residence; not just locally, but nationally, and internationally as well.

One might ask, “What is it that makes this artist so celebrated at this time?” Well, friends and colleagues would say, ‘It is, most probably, her love for community and her past decade of leadership and creative innovation with a focus on equity and social justice; coupled with the excitement of her newest endeavor, BECOMING OTHELLO: A Black Girl’s Journey, a three-year, international, writing, research and performance project’.

After playing the title role in the Harlem Shakespeare Festival’s all-female mainstage production of OTHELLO in 2015, Ms. Byrd has set out on a path towards the creation of a personal memoir and a solo-show, which tells the courageous and sometimes harrowing story of a woman on a mission to follow her dreams by doing what she does best, ‘prepare for a role’. In an interview, Ms. Byrd said, “BECOMING OTHELLO, though personal in many ways, is not just about my journey to the stage, but has far reaching goals that I hope will help us all examine the social implications of race and gender in performances of Shakespeare and the classics in America and beyond.”

All four of the prestigious organizations though different, with varied missions, have chosen to get behind Debra Ann and her special project in the form of residencies and/or fellowships.   They, together and individually understand that access to social capital, networks, and funding can make or break the potential of an emerging story teller and social entrepreneur, who wants to realize their vision for change. And BECOMING OTHELLO: A Black Girl’s Journey, according to its creator, seeks to be just that, ‘a visionary-social-entertaining tool for change’.

The Head of Research and Knowledge at The Shakespeare Birthplace Trust, Rev. Dr. Paul Edmondson, confirmed the news, saying, "I have known Debra Ann Byrd for five years in her capacity as the artistic director of the Harlem Shakespeare Festival. We collaborated on a major research project Shakespeare On The Road 2014 through 2016, which involved her taking part in a U.K. Arts and Humanities Research Council event ‘Being Human’ (in 2014). She is an inspiring person, committed to social justice, and one whose story of personal formation, alongside her passion for Shakespeare, needs now to be told in both the form of a book, and a one woman show: Becoming Othello: A Black Girls Journey. The Shakespeare Birthplace Trust was delighted to host her as Writer-in-Residence in collaboration with the University of Warwick from October to November 2017.”

Dr. Amanda Herbert, Assistant Director for Fellowships, Folger Institute, followed with this message to Ms. Byrd, “It is my pleasure to offer you an Artist-in-Residence fellowship at the Folger Shakespeare Library for the academic year 2018-19, in support of your project, “Becoming Othello: A Black Girl’s Journey.” … “We asked a committee of interdisciplinary, highly respected scholars and artists external to the Folger to make recommendations to us on the basis of each project’s scope, promise, and high quality. They judged your project to have exceptional merit.  All of us at the Folger extend our congratulations on this accomplishment.”

The Community Scholars Program at Columbia University is designed to offer independent, community-based scholars from Northern Manhattan access to a suite of Columbia University services and resources that allow them to work toward the completion of a particular project or to attain skill in a particular area. Ms. Byrd was chosen by the Columbia Community Scholars Advisory Committee as one of only five members of the community chosen for this year's Cohort.  Sincere congratulations were offered by the Advisory Committee and Karen Jewett, Vice President, Office of Government and Community Affairs.

“We are continually impressed with the courage and creativity of Debra Ann.  She has proven to be a person who is committed to bringing positive change to the world, and now more than ever we must invest in her ideas and let her soar.” noted Mary Way, President, Southwest Shakespeare Company.

“Congratulations to our Festival’s Founding Artistic Director as she embarks on this next step to help realize her vision of change,” said Voza Rivers, Executive Producer, New Heritage Theatre Group and Harlem Shakespeare Festival.  “The Festival is proud to be part of this journey with The Shakespeare Birthplace Trust, the University of Warwick and Misfit Inc. so that together we can support our faithful artist and community leader, whom these past 15 years as actor-manager, has helped to create economic, social and performance opportunities for hundreds of classically trained artists of color.”

BECOMING OTHELLO is a three-year project.  Debra Ann is currently a Fellow at the Folger Shakespeare Library and will begin scholarship at Columbia University in September.  Readers should be sure to be on the lookout for future notices of workshops, sneak-peaks and staged readings of this special, upcoming, Harlem-made project: BECOMING OTHELLO: A Black Girl’s Journey.

ABOUT DEBRA ANN BYRD | Debra Ann Byrd is an award winning, Afro-Latina, fifth generation Harlem resident who recently won an Outstanding Achievement Award from AUDELCO for her portrayal of the title character in the all-female multiracial mainstage production of Shakespeare’s OTHELLO: The Moor of Venice.  This celebrated actor, producer, arts manager, and business leader is the founder and Producing Artistic Director of Take Wing And Soar Productions and the Harlem Shakespeare Festival, where she has guided the company's growth from its birth as the passionate dream of one determined woman, into a viable support organization serving classically trained artists of color and theater arts groups throughout New York.  Her classical roles for the stage include; Marc Antony in the all-female production of Julius Caesar, Mary-Queen of Scots in Schiller's Mary Stuart, Queen Elizabeth in Shakespeare's Richard III, The Choragos in Antigone, Mrs. Malaprop in The Rivals, Volumnia in Coriolanus, Winter in Love’s Labors Lost, Hippolyta in A Midsummer Night’s Dream, Cleopatra in Antony & Cleopatra, Othello in The Tragedy of Othello: The Moor of Venice and Lady Bracknell in The Importance of Being Earnest; the latter, for which she received Best Lead Actress and Outstanding Actress in a Lead Role nominations from AUDELCO and the NY Innovative Theatre Awards. Debra Ann received a Bachelor of Fine Arts degree in Acting from Marymount Manhattan College, did advanced studies at the Public Theater’s Shakespeare Lab and Shakespeare & Company, completed producer training at the Commercial Theatre Institute and received additional training from the Arts Leadership Institute, a unique Leadership Training Program for Arts Managers at Teacher’s College/Columbia University. She is a member of Actor's Equity Association, the League of Professional Theatre Women, The Shakespeare Guild, the British Shakespeare Association, The National Arts Club and the Mid –Manhattan Branch of the NAACP. As a community Leader, Ms. Byrd was recently elected to the Manhattan Democratic Party County Committee and currently serves on the Executive Committee of the Shakespeare Theatre Association. 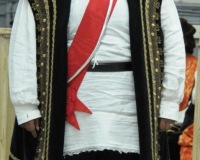 Ask God Not Men
You don't have to keep asking men for what...