B.O.S.S MUSIC ADDRESSES PTSD IN THE “CURSE OF WAR” 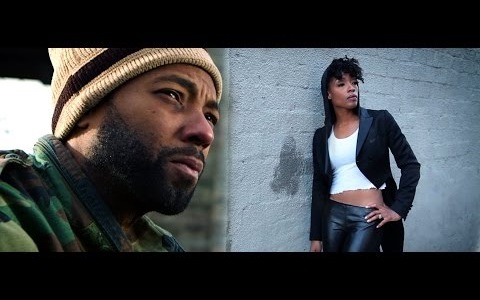 - - In the short award-winning dramatic film entitled “Curse of War”, James Powell, (Ronnie Graham) a battered Marine, home from the war tells his Psychiatrist he has to “let it all go…”, after constantly reminiscing over the atrocities he experienced during his time served overseas.

The song, “Let it all go” by the Soul music band B.O.S.S addresses those feelings in this touching, melodic, rhythmic ballad in which the first few lines of lyrics sets the mood with haunting words – “Call me gone, Pain, Death, No More, we’re too far to head back now.”

With words written and sung by Natalieq, the lead singer and co-founder of B.O.S.S, the song “Let it all go” was Produced by the film’s music composer Evan Eder and the film’s Writer / Director, Abdul Malik Abbott aka DJ ABBY AB who is also co-founder and main musician of B.O.S.S.

See music video below. Click to see the Curse of War Trailer 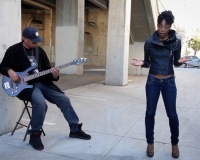 UPDATE- NO NEED TO PANIC - YOU CAN SAFEGUARD YOURSELF AND YOUR FAMILIES - AND BEAT THIS THING!
From Dr. Joseph Mercola ...

CLEAN MUSIC MATTERS CAMPAIGN
FUND DRIVE - We Have The Power To Protect Our Future...

You and What Army?
If you are a believer and a person of faith, you...

MLK: IF HE HAD SNEEZED
Presented by SHADES OF TRUTH THEATRE & VOZA RIVERS / NEW...