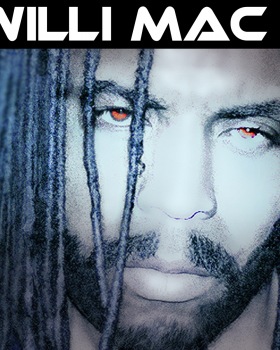 LA based Composer / Producer Willi Mac is a Musical Explorer who creates sound without preconception or contrivance. He approaches music making from a purely intuitive state, letting his instincts guide the direction of his sound…

Willi Mac's unique compositions reflect his eclectic tastes and widely varied influences culminating in a genre all its own.

Co‐wrote and co‐produced the Force One track “Static” which featured 2Pac. Force One Network also placed the song “Spirit” from the ‘M.M.E.’ album in the film and on the million plus selling soundtrack for John Singleton’s Oscar Nominated “Boyz ‘N The Hood”.