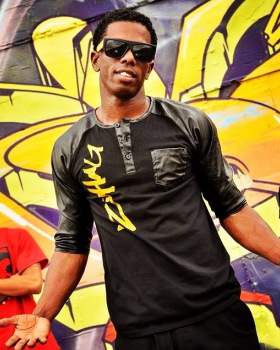 He's a native of Philadelphia yet raised in Florida, Tiger has that Chris Brown, T-Pain, Michael Jackson, Dirty South vibe that can be appreciated by every demographic. This hiphop artist, dancer and host, is the entertainer the world has been waiting for.

In his early years as a youth, he danced with Tupac Shakur and Public Enemy. Now he commands the stage like no other rapper since MC Hammer. Tiger's high energy and stage presence is second to none. His incredible dance styles include Break Dancing, Popping & Locking, Jukin, Jerking and Freestyle. Tiger embodies everything that is associated with urban dance.

Tiger "The HopeBoy" believes to whom much is given, much is required. When he signed with 360 EI Records, Tiger demanded a portion of his sign on bonus be used to assist underprivileged youth in and around his community. He initiated The High School SWAG (Students Who Achieve Greatness) Tour and performed live for students around Central Florida. He provided students with Scholarships, laptops, computers, Blackberrys, school supplies and an assortment of prizes from X-box's, digital cameras, Wii's and much more.

Tiger "The HopeBoy" is truly a different breed of rapper. He dubs himself the Commercial Rapper due to his creativity, clean lyrics and strategic goals. Tiger says "I am blessed and through hard work and God's strength I am able to be a blessing to others and can now share my passion for music and dance and still be an example of encouragement, particularly to our youth.

HOPE BOY EXCLUSIVE(freestyle)
The hope boy showing his love for freestyle he use to battle back in the days but now he teaches the art he's not in the game he's a coach now.

Hope boy new song(u ain't nothing)
Hope boy drops an exclusive sneak peek at his new single from his movie sound track from his movie The hope boy(The dirty south).you don't want to miss this album and movie coming soon really inspirational this movie and album will take u into tigers past and his testimony it's crazy for real but your gonna be inspired by everything u see and hear.ITS HOPE BOY BABY