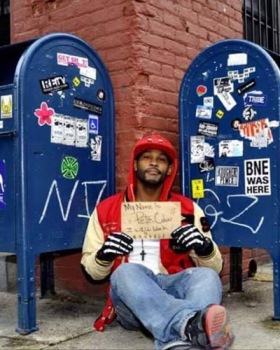 It’s who wins not who comes the closest!!!!

Confident swagger, charismatic presence, and a poets demeanor, Pete.Colon, AKA P.C, speaks through his music and lyrics and he has a lot to say.

Pete was born in Harlem, NY, and raised in the South Bronx (The home of HIP-HOP). Forced to leave home at the age of 13, he lived in shelters and courted trouble in his native country of Panama, Colon. He saw first hand the darkness of the streets, but he also saw the power of the spoken word and the freedom of thought. During this time his musical roots were cultivated.

At 21 he joined the United States Army and through his belief in God he was able to channel his anger and frustration to produce eccentric flows, write prophetic lyrics and perform as if born on stage. Pete wants to be able to entertain the masses while moving their spirits with his words.