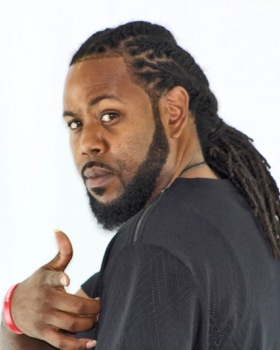 K.N.A.-L.E.D.G.E. has been used by God mightily since his surrendering on Nov 3, 2000. Indulging himself with music for nearly all his life, he proudly proclaims the latter years as being the representation of his new life in Christ.

God allowed him to endure certain trials like serving a 5 year sentence in prison, originally facing 4 life sentences with an additional 150 years for multiple Armed Robbery charges when he was 20 years old. It was obvious God had a different plan for his life and music. After being released from prison on Aug. 23 2005, God showed Himself faithful by proving His word wouldn't fail in K.N.A.-L.E.D.G.E.'s life. Since his release, K.N.A.-L.E.D.G.E. has recorded and released 4 projects, has featured on various compilation albums as well as shared stage platforms with artists such as Point Of Grace, Rebecca St. James, Fire Flight, Urban D, Sevin and Datin of God Over Money and several other artist of the Gospel/Christian/CHH genre. K.N.A.-L.E.D.G.E. is also an award recipient of the '2006 GOSPEL RAP SHOWCASE AWARDS', an award he received in his debut year. With his skill lyrically/musically as an artist, you just get great quality music covering a wide variety of topics. More importantly, you get genuine praise to God!​

In Dec. 2012, K.N.A.-.L.E.D.G.E., (Elliott Daniels), graduated from the Florida Institute of Recording Sound & Technology completing his course of study in Comprehensive Audio Engineering and Music Production. He has also become the Founder of a Christian Rap and Contemporary Gospel/Praise Internet Radio Station, Blood Bought Radio (www.bloodboughtradio.com); an internet-based radio station geared to not only provide a voice for Holy Hip-Hop and R&B artists such as himself, but also to be able to present the Gospel of God's Word according to sound doctrine. He's also the radio show host of Word Of Knowledge Radio Show which airs on Blood Bought Radio, Sundays at 6pm EST and on His Hop Radio, Wednesdays at 12pm EST and on Rep Da King Radio at 5pm EST. With his skill lyrically/musically as an artist, you just get great quality music covering a wide variety of topics. More importantly, you get genuine praise to God!

The call on K.N.A.-L.E.D.G.E.'s life extends beyond just his music. He was also apart of an Outreach/Tour ministry called The More Than A Man Tour and is currently apart of an Outreach ministry called The Kingdom Minded Worldwide Ministries founded by Pastor Monzell Ford. This outreach is geared toward carrying out and fulfilling the Great Commission, not only through music but actual ministry in the community. K.N.A.-L.E.D.G.E. says,

"Music is just a tool that God uses through me to draw souls to Him by the power and influence of His Spirit....I'm just the vessel! I'm not here to entertain, but present to all nations The Truth of God which is Jesus the Christ!!"

He's also the former President of a non-profit organization called Hope 4 The Hood/The Throw Away Kids where he visit Juvenile Prisons to minister to incarcerated young men & women through music and testimony. K.N.A.-L.E.D.G.E. is quoted saying,

" I thank God for allowing me to experience the trails I've endured. It makes the testimony He's given me more effective and presents me with the opportunity to speak and relate to those going through the same things I've experienced when I was their age."

He also partners with Denoted Poetry Ministries along side founder Danyelle' Woodson, where they and her team visit federal prisons to minister to incarcerated men & women. K.N.A.-L.E.D.G.E. is currently the owner of Bridging The Gap Movement, LLC. A Christian-based company that offers a wide variety of services along with company and signature apparel, eBooks and music from today's Christian artists of all genres. It was birthed to help rebuild the communities of Orlando, Florida and surrounding regions through outreach that will aid the needs of those that are hungry and homeless that will include ministers like Ballistic of Death By Design, Danyelle, Daniel & Oksana Tademy of (Real Talk with The Tademys), Tim Moses and himself.