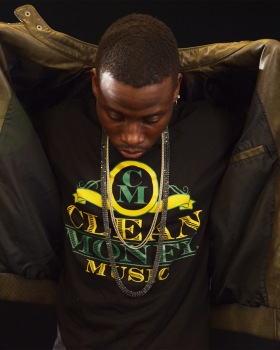 GB Breezy lit up the stage during Clean Money Music Showcase 2017 held during Harlem Week, the largest outdoor festival in New York City. With his endearing style he reached the heart of the crowd who screamed for more when his performance ended.

GB Breezy's songs DARK CLOUDS, SWAGGED UP & PULL UP (with DROCK) revealed his southern hip-hop style; a sincere, yet strong personality that captures souls all around the world. One of GB Breezy's favorite phrases is: WE DO IT! He grinds everyday and earns his way to the top of the CLEAN MONEY music charts, and within the 360EI organization.

Previously, GB Breezy was co-host of the DANCE KINGDOM television show and toured across central Florida to schools and community events to promote SWAG (Students Who Achieve Greatness) movement.