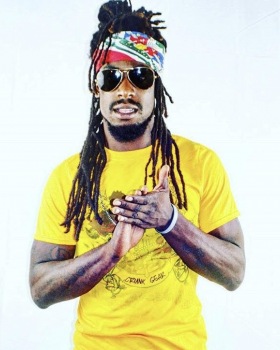 Florida artist known as 3 TheRapper (Patrick Pacman Pauleus) is making some great music meant to be a blessing to the hip hop and R&B community. Coming from a mixed island background (Haitian Bahamian and French), he brings the culture and energy back to music.

His rhythmic and harmonic vocals can be heard all around the states and in major countries around the world like China, France and Canada. His music tends to grow on people, motivate them and keeps them going. He has been able to grab major attention and support from well-known celebrities such as Quincy Jones III (son of Quincy Jones), Jason Pierre Paul of the New York Giants, management Phenom and deal closer Shon Dillard out of California, Gold Street Entertainment and many more. As 3’s skills and persistence started to develop, he began to produce more mainstream material.

Former coach and ex-NFL athlete, George Terrell AKA Coach Crunk stepped in to provide some guidance giving through the right men mentorship including some wisdom to get his mind and body headed in the right direction. His music brings life and positive energy into African-American music without the violence or the vulgar content. His natural unpredictable island flow keeps the fans coming and storylines buzzing. Whether it's giving you a reason not to give up or just the trials and struggles we go through every day in life to make ends meet. His music comes from the soul and it's great to see the growth happening before your eyes. So keep your eyes and ears on the lookout for this young artist that's growing into a star. 3 was born and raised in Brooklyn, New York and is now holding down things in Central Florida.

He is also the Crunk Gear Hip Hop Artist of the Year.